Triple Z and me

(...And this is why I title my blogs "Adult ___, Reflection ___."')
I really enjoyed the case studies in the text. They were a great introduction to the work and discussions that will surely be a part of this class.

As I read them, I was reminded of one of the struggles that I remember when I worked in HR for a nurse's association.

Shortly before I started, all the nurses, who worked very hard and made less they would have at a hospital, had to switch their documentation from paper to computer. Most of them continually had trouble using laptops--it was a lot more to lug around and the computers seemed to have problems quite frequently. One of the important measures of nurse's work was productivity (I was in charge of the productivity reports so I hadt o hear about this from all sides).  The directors were always concerned about those numbers, especially when they went down, which happened when computers were introduced. There was so much resistance to computer documentation, and the directors perceived it as not understanding 1. How to use a computer correctly 2. the extra time it took to fill out the form and 3. the benefits. This was very similar to the differences between the management of Triple Z and the employees. "If only they understood what this form meant." All of the nurses did understand, and in many cases, their problem with it could be solved with better communication and a reward system. 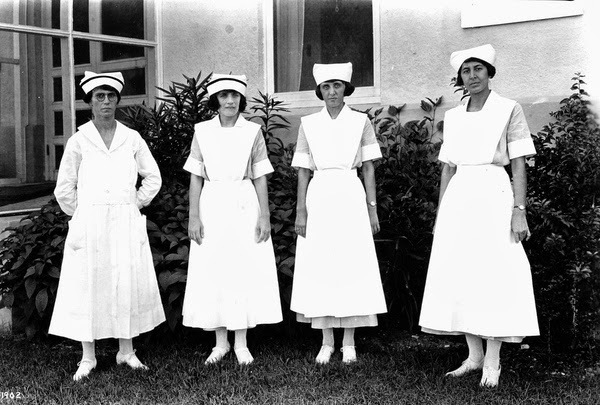 Everyone in my office said, "they will learn the system and accept it." This is true. But what is also true is that there were other underlying issues at work here: management issues, the extra burden on staff to train nurses in a new system and the lack of pay equity compared to other jobs in the area. I don't know if these issues were ever addressed, as I was only there 18 months. The people mandating the changes were more concerned with the compliance aspect of everything than the overall people problems that plagued the agency. It seems like at Triple Z, management liked the younger newer employees better because they didn't speak up as much--this paperwork was a part of their job all along. But they never addressed the real issues--Rosa meeting with her supervisor and creating a new checklist, for example--and made the old guard employees feel belittled and out of place.

Photo from here.
Posted by Melissa K at 8:16 AM