The torture of teaching and learning in the ESOL classroom

I decided to blog about the Worthman (2008) article I shared with the class because, as I wrote in the discussion guide, the content is personal to me: I saw myself in both of the ESOL-teacher study participants.   In addition, I can’t resist the opportunity to discuss adult education classrooms as a “site of struggle” and a place where “identity templates” are created.  Have I mentioned that I study identity issues (smile)?

At this point, I’m not sure which way I’m going with my identity research, but I have an intense interest in two broad areas: a) the classroom as a site of literacy practice (a ‘site of struggle’), and b) ESOL curricula that aim to domesticate and/or Other language learners (creating those ‘identity templates’).   For me, something that connects identity in these two areas—classroom and curricula—is the concept of belonging.  At the heart of adult education-ESOL is the learner’s desire to belong to a community of English speakers.  This desire to belong, and the process of creating an English speaking way of being, is what I seek to study.  So, my blog post today about Worthman’s ‘empowerment and emancipation’ article (EE) is written through my identity-belonging lens.

Firstly, EE has us conceptualize power in a Foucault framework of force that “installs itself” through a dominant discourse.  This is different than the notion of ‘power as capital’ that I have been writing about in other discussion guides.  I am humbled by how much I need to learn about the works of these scholars.  Nevertheless, I understand the dominant discourse to be both the discourse in which the learner seeks to belong (a secondary discourse for her) and the discourse that positions her as Other, de-valuing her knowledge and her language, subsuming her into the monological discourse of English-speaking ‘America’. 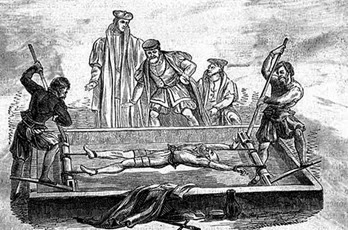 EE has us look at the adult education-ESOL classroom as a site of struggle, where this Foucaultian power is felt by the learner as she learns how to be in a secondary discourse, the monological—one and only—discourse of her new culture.  Power is delivered through this one discourse in a way that disciplines and
molds her into an ‘identity template’ of a ‘model citizen.’  Wow, I didn’t know all of this heavy stuff was going on.  It sounds like the ESOL classroom is a site of medieval torture!  Where am I, as teacher, in this gruesome scenario?


EE profiles two ESOL-teacher study participants, either of which could be found in a typical adult education ESOL program in our state. Both seek to teach adult learners the skills necessary to belong; however, one is using a method that 'molds' and 'disciplines', the other is using a method that ignores the mold.

I realize I have set a tone that molding and discipline are somehow 'torture,' and that we should aim to defy this monological power, but I have also learned that we cannot assume an awareness of or desire to defy it on the part of learners.  On a more theoretical level, I argue that making the assumption that learners have a desire or will to defy the power that is, is acting as an agent of a different discourse, a counter- and critical- discourse, one in which the learner many not have a need to belong.

In the end, this dilemma is a torture.  It is the torture of trying to do what we think is best while respecting the agency of adults who seek to join the English speaking community.

Thanks for taking the time to read through my ramblings!
Posted by Susan Watson at 3:06 PM

Email ThisBlogThis!Share to TwitterShare to FacebookShare to Pinterest
Labels: TEDU 681